Coming from the same studio that gave us Hellblade: Senua’s Sacrifice, it may come as a surprise to first witness Bleeding Edge. Ninja Theory’s 4v4 arena brawler is colorful, brash, and exaggerated. It’s everything Hellblade is not.

Coming from the same studio that gave us Hellblade: Senua’s Sacrifice, it may come as a surprise to first witness Bleeding Edge. Ninja Theory’s 4v4 arena brawler is colorful, brash, and exaggerated. It’s everything Hellblade is not.

Well, almost everything. What the two games share in common is the same as every title to come from Ninja Theory: obsessive attention to detail for combat. Bleeding Edge brings this signature sauce online in an Overwatch-like environment, expanding the horizons of the newly minted Xbox first-party studio. While the live-service game has definitely launched with some holes to fill, the core of Bleeding Edge is so special, and in time Xbox will have definitely another hit on its hands.

A well-rounded tutorial invites new players to learn the basics of Bleeding Edge, and as so many have proven in the early days since launch, it’s important to play through it before you jump into a live multiplayer match. Without the knowledge it provides, you may head into a round expecting a team deathmatch-like flow to PvP combat, but that’s not what Bleeding Edge is.

With 11 eccentric fighters at launch and no allowance for repeat heroes within teams, each round is chaotically awesome. Three main types separate the roster: damage-dealers, healers, and tanks, with some coming recommended for rookies or veterans. Every hero has their own three abilities, basic melee or ranged attacks, and, of course, a super move. 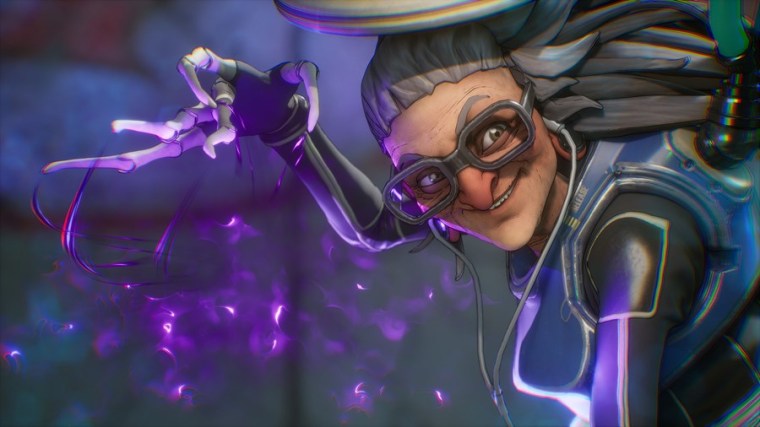 Nidhoggr, for example, is a metal guitarist who grinds his “ax” off opponent’s faces and breathes fire. Gizmo, meanwhile, is a DIY augmented teen who deploys robot assistants and climbs into an intimidating mech when fully charged.

If you’ve played other hero-centric games, you’ll feel at home sooner than others with Bleeding Edge. It doesn’t color outside the lines that have been drawn by Overwatch, Paladins, and others too much in terms of class design, but characters are impressively inspired and the melee focus makes Bleeding Edge a worthy new entry in the growing genre.

Undoubtedly every player who sticks around will find their main in time – mine is Zero Cool so far, a healer with a persistent beam of health juice that flows to allies and a hilariously effective “firewall” ability that can cut off the competition’s advance.

No matter who you choose, mastery comes with familiarity. The combat actually looks too hectic at first, and my earliest rounds left me wondering how much nuance there may be to uncover. A few rounds later, before I’d even popped the achievement to play ten matches, I had seen the truth: Bleeding Edge is, like all of Ninja Theory’s games, a combat masterclass. 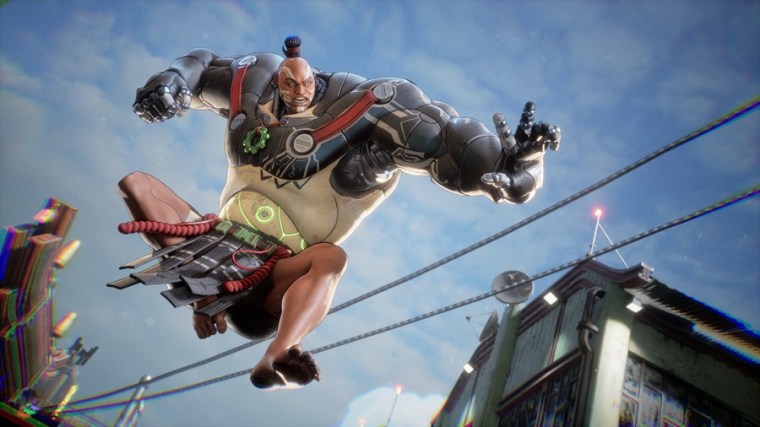 Teaming up is vital to success. Lone wolves will not just have a bad time, they’ll drag down their whole team. Thankfully, an intuitive ping system keeps communication simple even if your allies are without mics. Getting to know each hero and using them in conjunction with your team takes coordination as much as it does skill.

Button mashers will find a swift exit from each fight. A step above that are the players that understand the basics but don’t manage their cooldowns well enough to really take over. The best players will understand their heroes and those of their allies and combine their strengths to take over matches. In the first week, I’ve had about as many narrow matches as I have had blowouts. It’s obvious quickly who skipped the tutorial in these early days of Bleeding Edge.

At launch the game has just two modes, which is its most glaring flaw, though it does help that they’re both addictive. Objective Control is a Domination-style mode where two teams fight over maintaining certain territories. Three objectives are spread across each map, and on some of them the objectives themselves are in perpetual motion. After a few minutes of fighting, the objectives change, so sometimes you may have all eight combatants fighting over one location, while other times you may have them spread out across two or three. Again, coordination is key.

The other mode at launch is Power Collection. Players collect batteries and deposit them around the map. Dying means you drop your supply and the other team can cash in. Both modes are lots of fun and operate with their own unique cadence and flow, but combined with just five maps, as varied as they are, Bleeding Edge is left feeling a bit bare. Even cosmetics are lacking right now, which should really be this kind of game’s strength. There are a few elements to customize, like emotes, hoverboards, and skins, but not much to choose from within each category at launch. 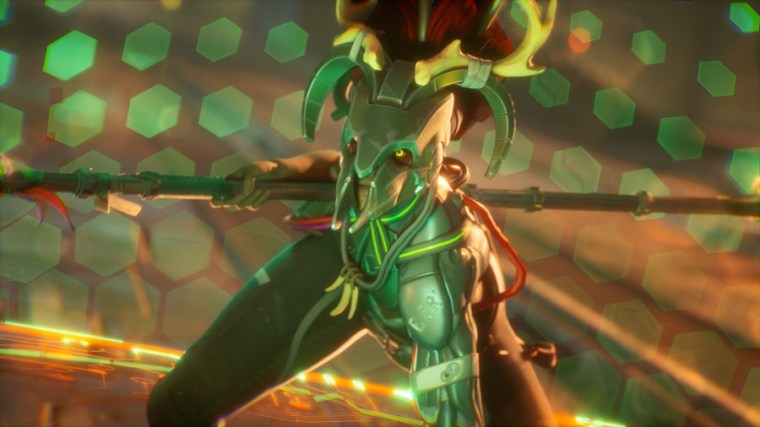 Such is life as an Xbox Game Pass live-service title, it seems. I think back to the early days of Sea of Thieves and of player complaints that there was not enough to do. Two years later, Rare’s pirate adventure is one of Microsoft’s biggest successes of the generation, and I expect a similar trajectory for Bleeding Edge.

Provided the game gets the post-launch support it seems destined for, I see no other ending than a passionate community and maybe some esports attention for Bleeding Edge. The core gameplay is excellent and the small offering of modes and maps is a good starting place that just needs to be made more robust over the months ahead.

Though Ninja Theory’s first release under the Xbox Game Studios banner was in production before the company was acquired by Microsoft, it perfectly captures the somewhat uneasy new path the publisher is taking: get your games onto Game Pass first, then build on them later.

That doesn’t mean Bleeding Edge is a bad game – far from it. Its core elements are superb. From an electric audiovisual experience to impressive combat to truly inspired character design, it has most of what you need to succeed in this genre. With a few content updates that deliver new maps, modes, and cosmetics, there’s no doubt Bleeding Edge can become a long-term success story for the new-look Xbox Game Studios banner.