Skip to content
The Week Together – RiME, Old Man’s Journey, and more
Features

The Week Together – RiME, Old Man’s Journey, and more

Hey, look! Another new feature! Along with reviews of new releases and the Family Game of the Week (click here for the debut), I’m introducing The Week Together, a weekly […]

Hey, look! Another new feature! Along with reviews of new releases and the Family Game of the Week (click here for the debut), I’m introducing The Week Together, a weekly roundup of every family-appropriate game I played in the last seven days and what families need to know about them. Some will be years old that we played for the first time, some will be brand new or even yet to be released games, others will be revisited favorites. In every case, I’ll give you our honest opinions about each of them.

For this first installment, we actually got to play a heck of a lot. I don’t know if these recaps will always feature this many titles, I think it was just an exceptionally busy week for us and family games. As always, these recommendations are made with my wife and son’s opinions in mind too, wherever applicable. Here’s our week together for July 2nd, 2019.

Attack of the Toy Tanks 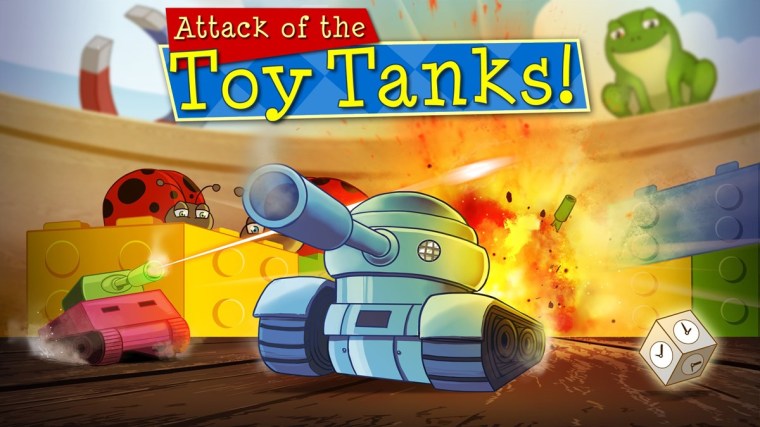 If you’re an achievement or trophy hunter, you’re already very familiar with Ratalaika Games, the publishing company that helps indie games get ported to consoles. They are very famous for influencing their developer partners to use very easy achievement lists to entice buyers, and it definitely works. Attack of the Toy Tanks is one of their family-friendliest games out there, but sadly both of its two available control schemes feel awkward and unwieldy.

My son, who can deftly pilot airplanes, score online in Rocket League, and tackle any other game he sets his sights on, could not grasp these faulty controls, and honestly neither could I. The colors and faux LEGO scattered across each map can’t make Attack of the Toy Tanks an attractive game for anyone but those achievement and trophy hunters. If you decide to take a chance on it anyway, it does offer local co-op, but we can’t recommend this one. 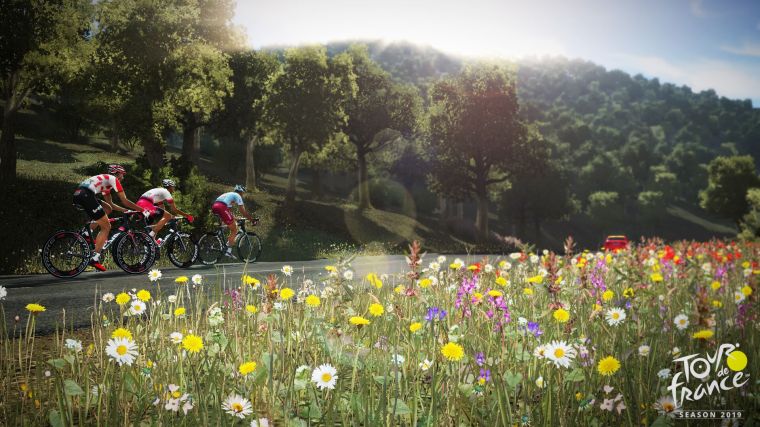 When I’m not playing games or writing about them, I’m often biking. It’s one of my greatest passions. I do a minimum of 100 miles per week, though I’ve never felt like I know as much as I should about bikes for someone who loves them so much. I pounced at the chance to review Tour de France 2019, and I’m glad I did. Its systems are deep, perhaps too deep for most would-be players in your family, but if you or anyone else in your family loves biking, Tour de France is a great option to simulate some of the world’s most ceremonious bicycle races the same way basketball fans flock to NBA 2K each year.

Visually, it’s not so great, with some environments and crowds that look decidedly last-gen, but those things honestly didn’t detract from my time with the game because there was so much to manage on the road, I was plenty preoccupied. I learned a lot about distance bike racing just from the deep tutorial alone, and after a few races, I’ve really enjoyed it so far. I think my partner finds it pretty nerdy, and she’s probably right. I have found the game has the adverse effect of making me want to stop playing and go get on my own bike too, but for the times when that’s not an option, Tour de France 2019 has quickly become a fun and really eye-opening alternative. 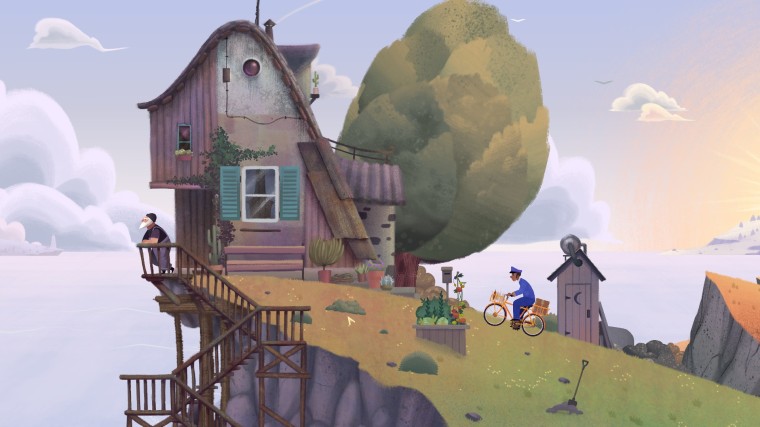 I think a good single-player game can be just as special as a co-op game if a family excitedly gathers around to share it. Over the past day and a half, we’ve played Old Man’s Journey twice in our family. The first time, I introduced the watercolored platformer to my partner and son and, as always, my partner helped me get past several of the puzzles — that’s why I call her “puzzle brain.” Earlier today, she beat it for herself too so she could get some Xbox achievements. We both enjoyed it for the brief but touching tale it tells of time questionably spent and the hard-to-swallow theme of taking something good for granted.

Old Man’s Journey only takes an hour to see the whole thing, maybe an hour and a half if you get slowed down by a few puzzles, but it uses its time wisely and shares its poignant but understated story at just the right pace to make you want to see it all in one sitting. The game’s story may be too sad for really young ones in your family, but then again it exists in a similar space to some Pixar movies, so I’d say it could be best to trust their emotional maturity. It’s a great conversation starter. 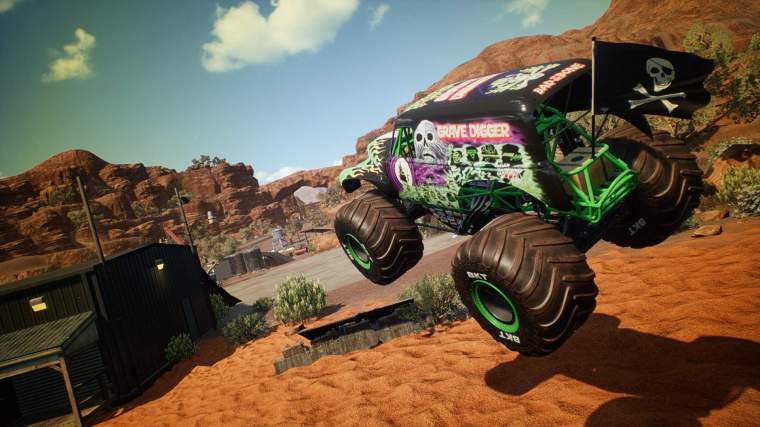 I don’t know if you’ve ever been to a monster truck show, but I have once when I was about 15, and let me tell you, it is ear-bleedingly loud. For all the excitement that could be there, it’s hard to ever settle in and get comfy with the noise. They sell plenty of earplugs on those touring nights, but I know my son would never get acclimated to that volume, meaning we definitely can’t get to a show despite his unconditional love for all things on four wheels. In comes Monster Jam Steel Titans to save the day. It gives us the fun of monster truck racing and stunting without the hearing loss.

If you’ve seen video clips of this new game, they may have ended in hilarious disaster. Sometimes the game’s physics don’t cooperate and ridiculous chaos ensues, but when that’s not happening the controls actually feel really reliable and accessible. Even when things do go awry, it makes for a good laugh before a simple restart gets you going again. The one thing we really don’t like about this game so far is how much content is locked at first. There’s really no space to play around with different trucks and event types. It keeps you locked into the story mode to unlock a lot of the stuff you’d want, so only give this one a try if you’re willing to plow through a few hours of unlocking new toys. 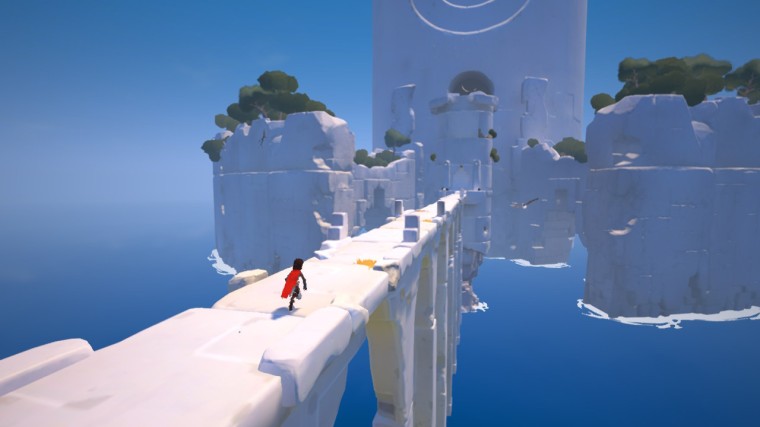 Wow. This game. Rime (stylized as RiME), unlike almost every other game on this list, is not new. It originally debuted in 2017, and for over a year now we’ve had it installed on our Xbox. I kept pushing it off as other games got in the way. Reviews, big releases capturing the zeitgeist, old favorites I wanted to revisit. For two years, I looked at Rime and thought “someday.” Sunday was that day, and though I’m not yet done with it, I can’t wait to see more. My son and I stayed up late playing this one — hooray for summer break — and we are just about halfway done as I write this, with plans to revisit it as soon as possible.

From the Breath of the Wild-like visuals, to the gorgeous original music from David Garcia Diaz, to the stunningly imagined world and interesting puzzles, Rime is one of those games I’d like to retroactively consider a Game of the Year contender. I’m sorry I missed it and I hope the second half is as beautiful as the first half has been. If you like games like Journey and The Witness, Rime is a gorgeous attempt at something like those, but also original and unforgettable. I may have more to say about this one later. For now, it comes with our highest recommendation.

Stay tuned for more reviews, features, and other highlights for gaming families. Thanks for reading!